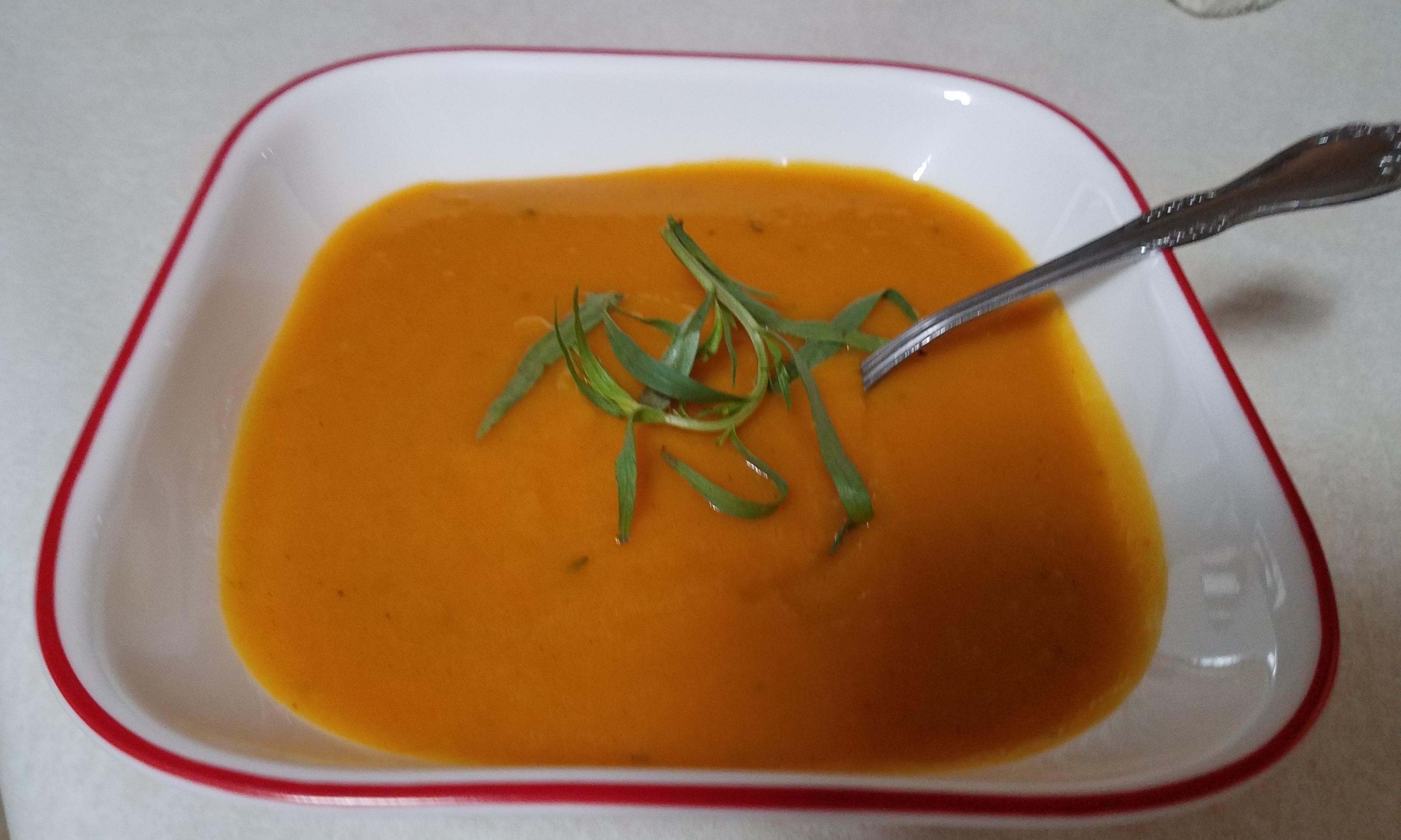 I like summer but I love it when the weather turns to fall and fall turns to winter because that is soup season. I love making my lentil stew, chicken soup but I’ve come to love this recipe. Took me a couple of tries to get it the way I like but when I learned one of my classmates was a vegan, well, I had to find a way to make it that I could still like and he could love. Well, here it is. The sweet potato and the buttercup squash give it a rich sweetness, rounded out by the meatiness of the butternut squash. So, despite there being a few steps, it is worth it. Hope you like it as much as we do.

*To roast garlic, cut top off garlic head, place in foil, top with a little olive oil, salt  and pepper, close foil into a pouch. Roast 30 min. Use 4 cloves (remove from skins) for soup, store the rest in oil or in freezer. People can get confused with the different types of squash, so refer to the pictures. The dark green pictured is the Buttercup squash and the pale orange is the Butternut squash. There are other types of squash similar to the Buttercup squash, Hubbard is a typically a large meaty squash that is similar in texture and taste but is typically large with a pale green skin. Pumpkin can also be used for this soup, so get some squash and experiment. It is an easy soup and hard to mess up. Enjoy!