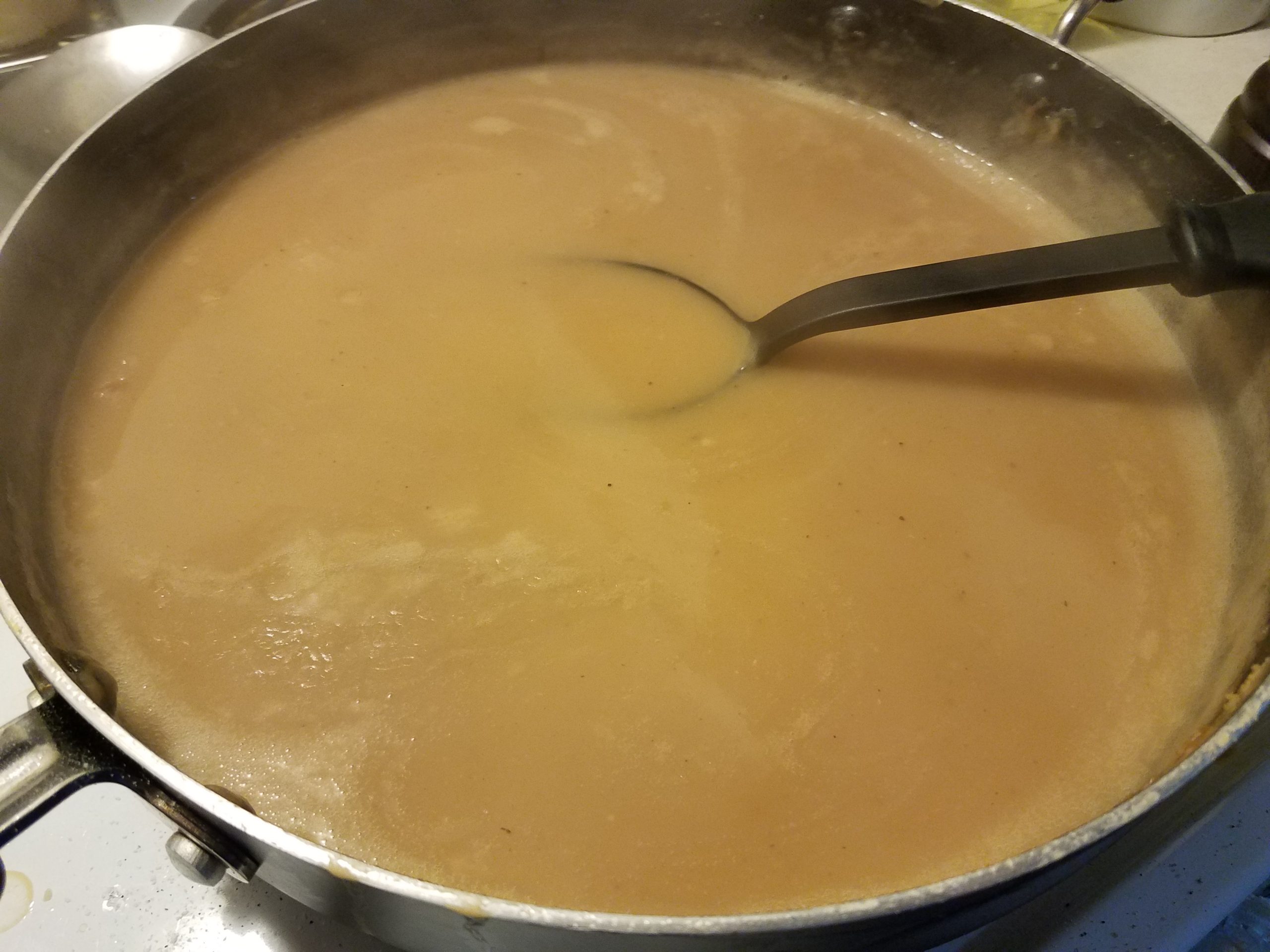 Gravy seems to be one of those things that will drive novice cooks crazy, so I thought I talk a little about it.

If you are one of those people who has trouble with gravy, I’m here to help you overcome your fears. There are two fool proof ways to make gravy come out smooth. One method is with cornstarch or arrowroot, known as a slurry. Personally, I don’t find much difference between the two when it comes to a gravy and the portions are about the same. You can also make a slurry with flour but there you run into the lumping problem, so when it comes to making gravy with flour, I prefer making a roux.

A roux is using equal parts fat (typically butter) and flour. You will cook this for a few minutes to get the raw flour taste out and then thin it down with broth, stock, wine, sherry, or milk (i.e., sausage gravy). The typical roux portion is 1 tablespoon of fat to 1 cup liquid. Same for a slurry.

Another similar gravy is used for meat “sauces” such as the ever famous, sausage gravy. When you have a meat that is typically high in fat, you want to sprinkle the flour onto the browned meat, which will absorb the grease. IF you are using a lean meat, you will have to add a fat such as oil, butter or, yes, lard, OR if you are like me and save your bacon fat, that would be awesome too. 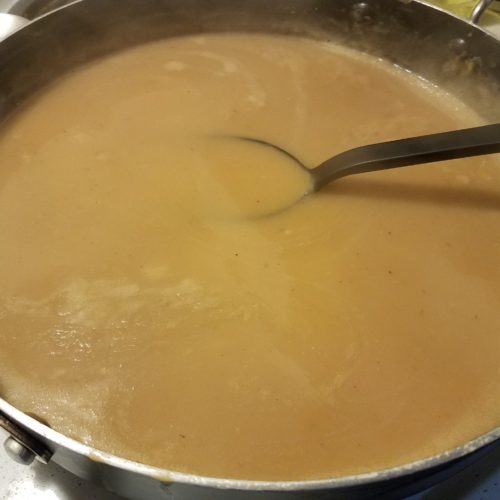